SURFACE: Emerging Artists of New Mexico is Harwood Art Center’s annual juried exhibition, professional development and endowed cash awards program for emerging artists currently living and working in New Mexico. As a competitive, juried exhibition, the artists selected for exhibition have stood out among many noteworthy submissions. The 11 artists we accepted in 2019 are exceptionally talented, committed artists, and should be proud of the caliber of their work.

The endowed awards for SURFACE are selected based on prompts that accompany the various awards, and are accompanied by a cash prize. This year, Harwood established new named awards in honor and memory of two of our sisters who we lost too soon – Meghan Ferguson Mraz and Valerie Roybal – both of whom have been instrumental and influential across our programs, and especially in this one. Year over year, Meghan and Valerie served as advisors and panelists in the SURFACE professional development workshop,
radiating their devotion to the visibility and viability of artists in New Mexico.

Congratulations to all of our 2019 endowed award winners: 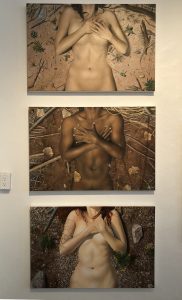 Since 2011, Harwood has honored the memory of painter, printmaker, and longtime member of  our creative community, Reggie Gammon, by recognizing and presenting an endowed award in his name to a New Mexico-based emerging artist of exemplary caliber, character and dedication.

Fittingly ,this year’s recipient, Eric Romero describes his work as,

“Home is where the soul is at rest. Cultural identity is rarely easy to define. I’m exploring the journey of “Native Transplants,” people who have made thechoice to make New Mexico home. A home that transcends race, gender and sexuality. A visual representation of cultural symbiosis in The Land of Enchantment.” 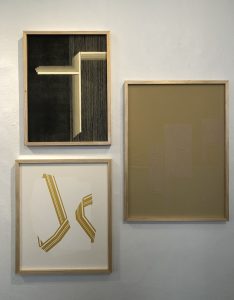 The Marion & Kathryn Crissey Award was established and endowed to support the endeavors of emerging artists who demonstrate a commitment to their artwork, their on-going education, and the community in which they live.

“A response to the subtleties between knowledge and understanding, to the
similarities and polarizing abilities of religious and science iconography.
Parallax is at the heart of this work; viewers must move around these pieces to
be able know all parts of the work… This strained effort to see, this inability
to stay stationary and claim knowledge of all truths in a single work, invites
viewers to question their understanding of things that seem obvious.” 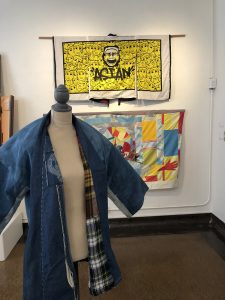 The Valerie Roybal Award recognizes an emerging artist based in New Mexico who –
with Valerie’s spirit of curiosity and courage – channels identity, circumstance,
and experience into creative practice, generating work that considers
transfiguration, metamorphosis, or transmutation.

Poignantly, Dante Betsch describes himself as a political artist and his work as,

“a symbolic representation of the identity of America, striving to break
stereotypes and conservative stigmas of the ideologies when approaching the
‘other.’ In a current polarized political state, art is more necessary than
ever to find a mutual beauty in our communities. With a president and political
atmosphere that has stewed a public response of hate, my inspiration is to
suggest alternative response when interacting with unfamiliar territory. As
artists, the power of the visual can achieve emotional responses from the
viewer that cannot be paralleled to the verbal.” 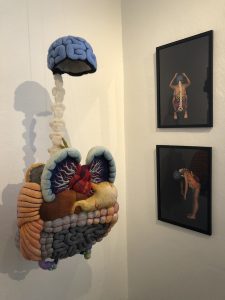 The Meghan Ferguson Mráz Award celebrates an emerging artist based in New Mexico
who explores themes of personal and social significance, exhibits noteworthy
care for and skill in their craft, and invites reflection on connection,
compassion, gratitude.

Resonantly, this Marlena Livingston describes her work as,

“a kind of alchemy, seeking to encourage a transformation within self, evolving
from a state of weakness and vulnerability to a place of wholeness and
understanding. Largely autobiographical, inspired by a personal history of
chronic pain and “mystery” illness and the subsequent experience of isolation
and anxiety. Importantly, also concerned with healing, juxtaposing the heavy
with the amusing and whimsical, a reminder of the importance of keeping a sense
of humor through difficult times.” 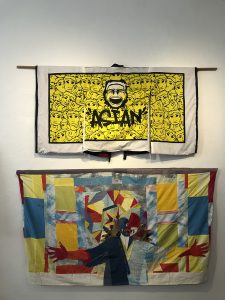 The Harwood Solo Exhibition Award is presented annually for artistic excellence,
originality of vision, and dedication to practice, and culminates with a show
concurrent to SURFACE in the following year. We are delighted to award this
opportunity to Dante Betsch, and we look so forward to seeing what he creates –
and inspires – when offered a whole gallery as platform for his extraordinary
voice.