In the summer of 2019, the Apprenticeship for Art & Social Justice of Harwood Art Center completed UNIDOS, the first public sculpture built in collaboration with community for Mesa Verde Park. This sculpture is Apprenticeship’s inaugural public art project.

The UNIDOS sculpture is an abstracted butterfly form. The structure hovers over park patrons creating a shady, calming space during the day, and offering light at night through solar powered LEDs. The underside of its canopy is adorned with a multitude of handcrafted, colorful butterflies that are attached on kinetic hardware, creating a dynamic moving texture. The top of the sculpture will also serve as a water catchment system, providing water for plants below.

UNIDOS honors the beauty and community that forms through migration, both in the migratory convening of butterflies and within the International District’s diverse community. It provides a comforting space to reflect on the unique culture of the La Mesa neighborhood, while recognizing the personal journeys that occurred in order for this remarkable community to exist. UNIDOS represents convergence and the message that we are not divided, but we are one Albuquerque.

The Apprenticeship for Art & Social Justice at Harwood Art Center was made possible by generous support from New Mexico Youth Conservation Corps, City of Albuquerque 1% for Public Art Program and Sandia Foundation, as well as in-kind support from Contreras Construction and Positive Energy Solar. 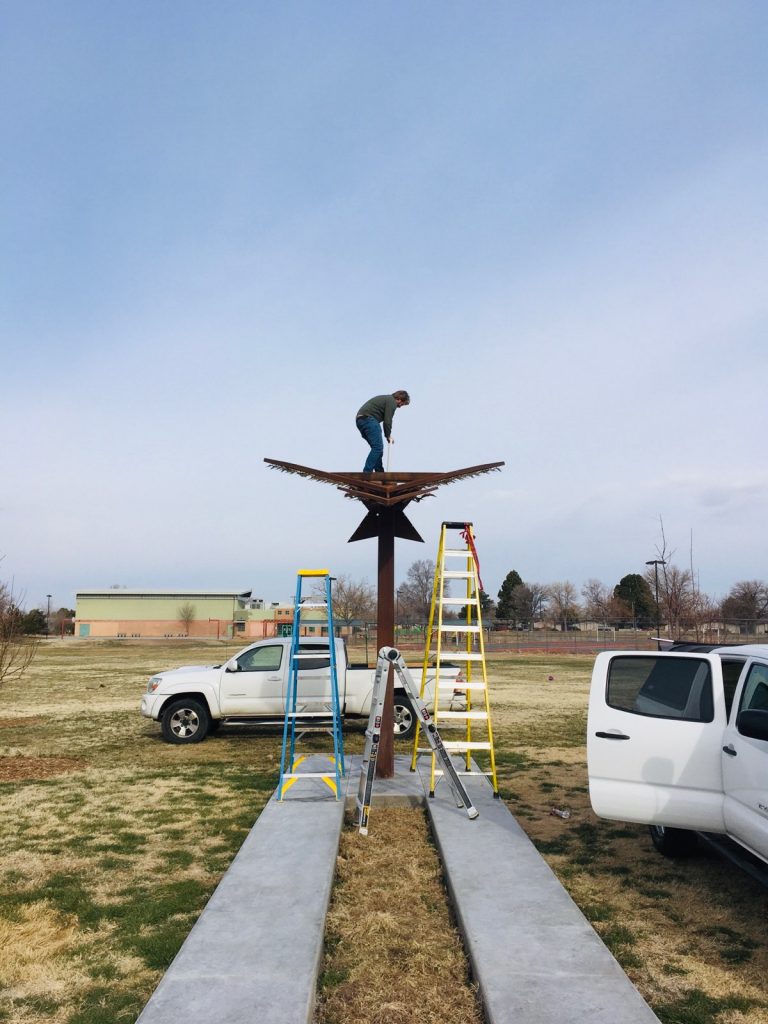 In the summer of 2020, the Apprenticeship for Art & Social Justice will be creating a new public sculpture, Cambio, in Mesa Verde Park. This sculpture is intended to take shape of an emerging cocoon while conforming to the overall landscape, specifically to the berm that surrounds it.

The sculpture will have an addition of regionally suitable vines such as wisteria, honeysuckle or Virginia creeper; this will create a semi-transparent trellis that will grow and change shape and volume over time.

Butterflies will be cut from sheet steel and will be overlapping in the lower segments of the sculpture and dissipating at the higher reaches.

Stay tuned for updates on Cambio!

Situated in a residential neighborhood, Mesa Verde Park is a daily thruway for Hayes Middle School students who seek safe and comfortable passage through the park. Unfortunately, many students report being asked to transport parcels across the park, stepping on discarded needles and being followed by strangers.

The IDHCC is engaged in needle pick up in the park. Hayes Middle School is working with the city to procure a crossing-guard and footpath lighting at the intersection of Lomas and Tennessee. Our sculptures along Tennessee will increase lighting and community engagement in the park.

Learn more about our team and read their bios > 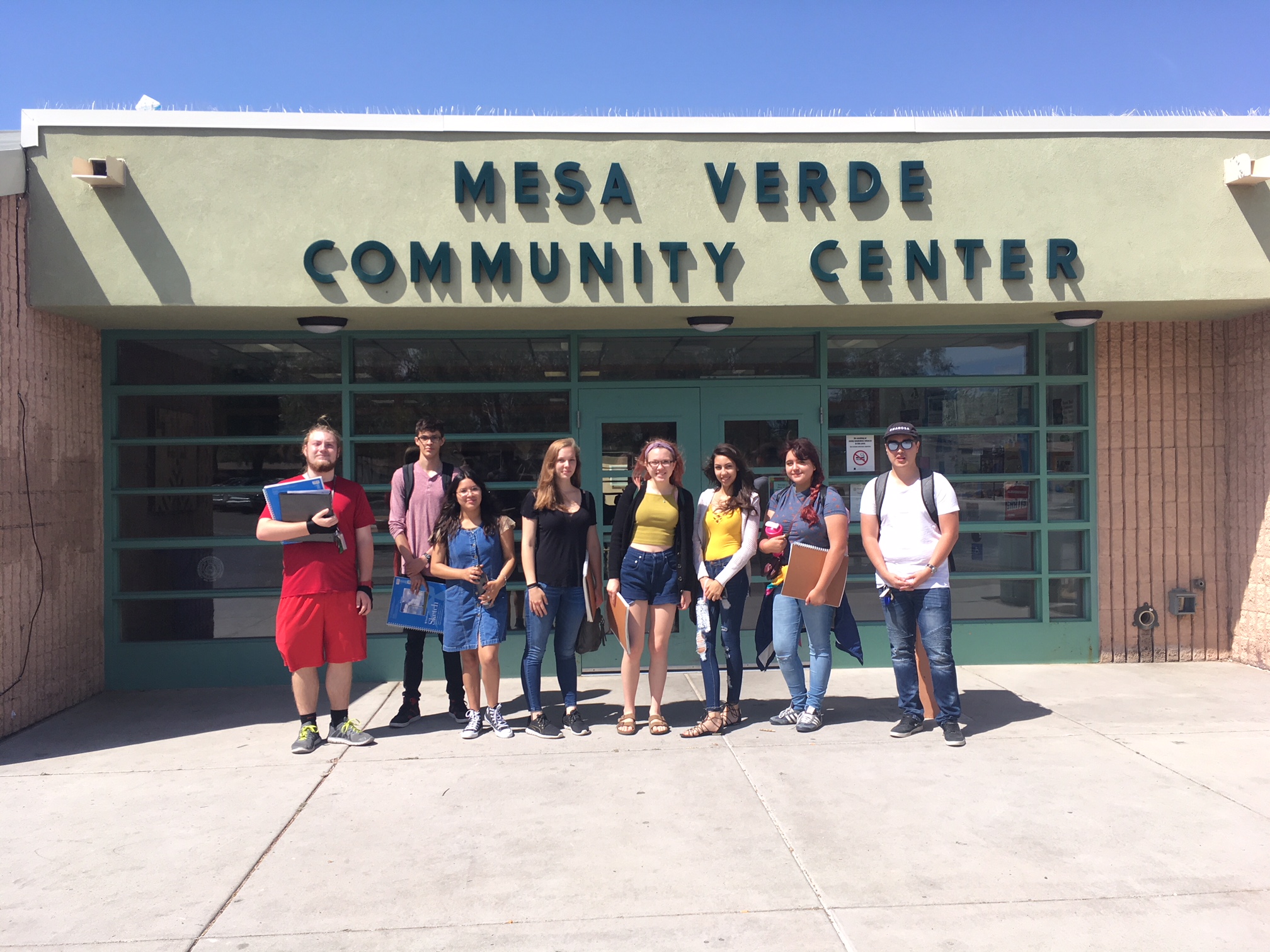 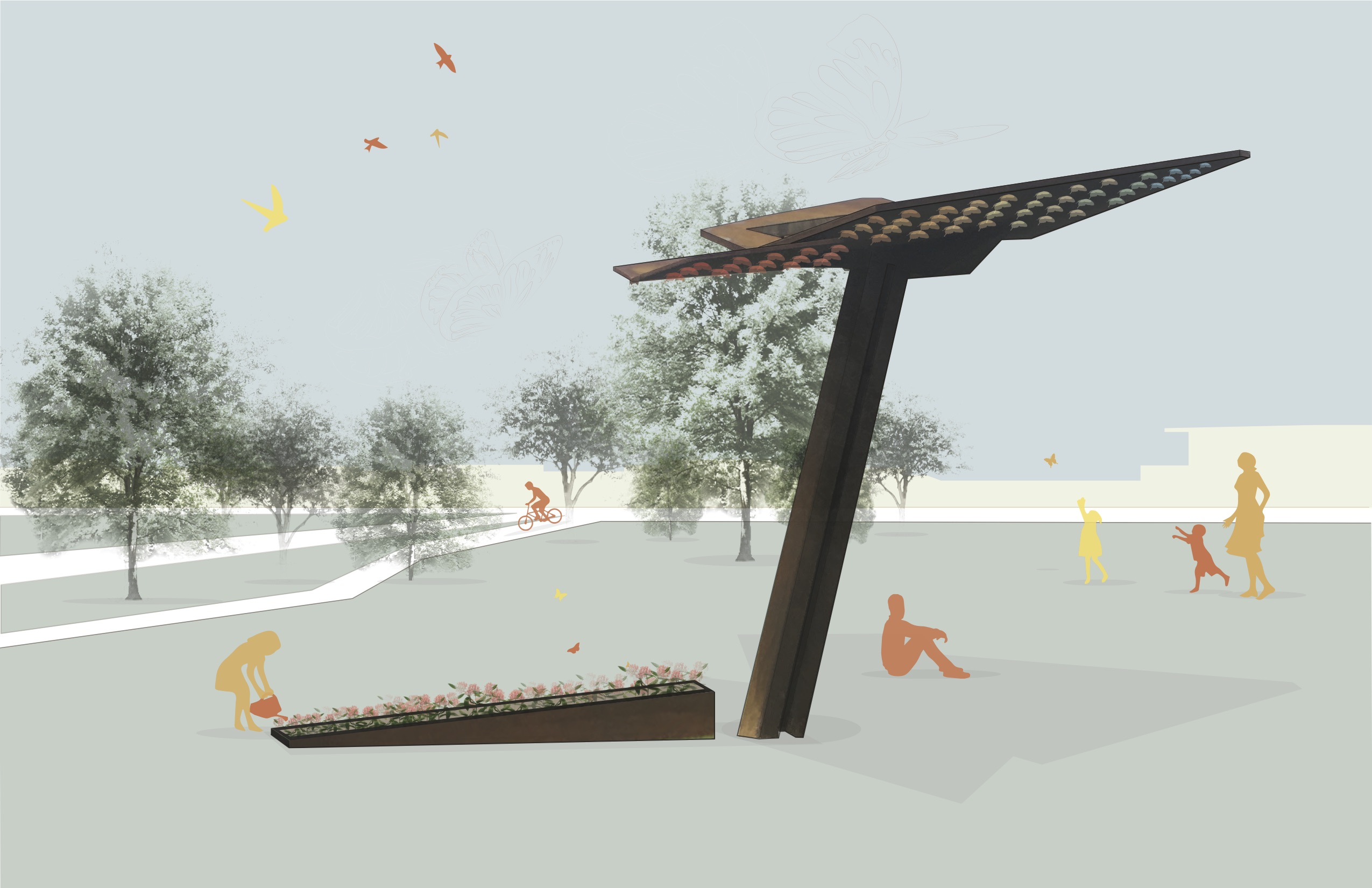