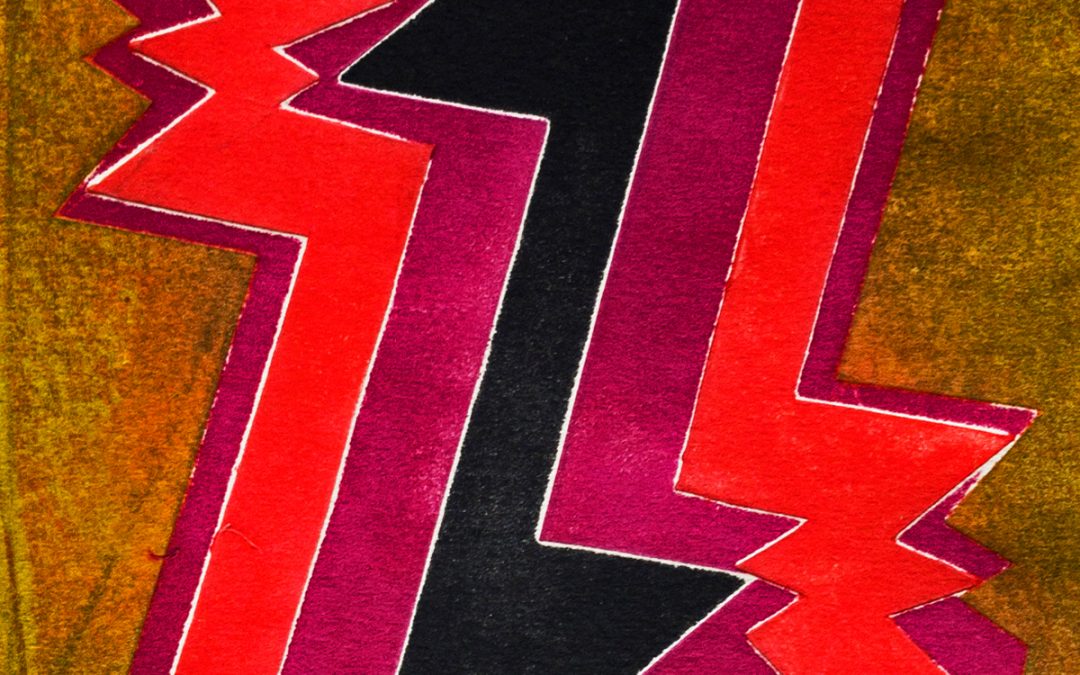 A star in the night sky is miraculously significant in and of itself. When many stars form a constellation, a more magical, expansive picture comes into view – inspiring mythologies, marking time, and offering modes of navigation through the darkness. Encompassing a breadth of creative voices and visions, Constellations honors New Mexico’s artists and artistic community as beacons for all who call this home. 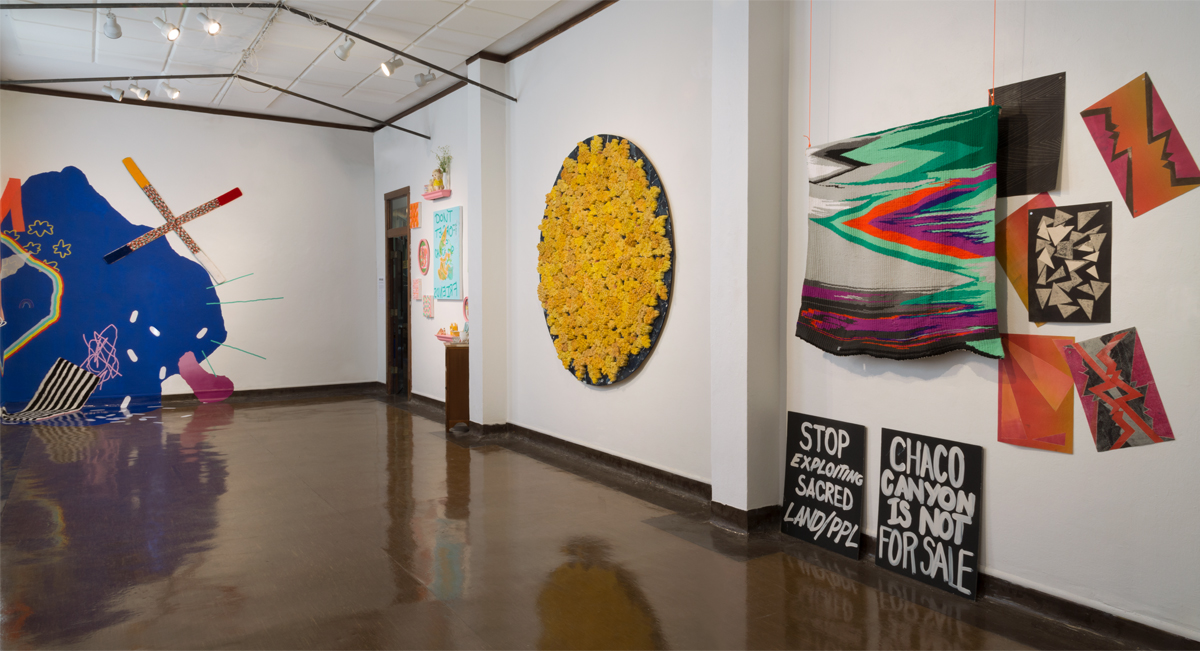 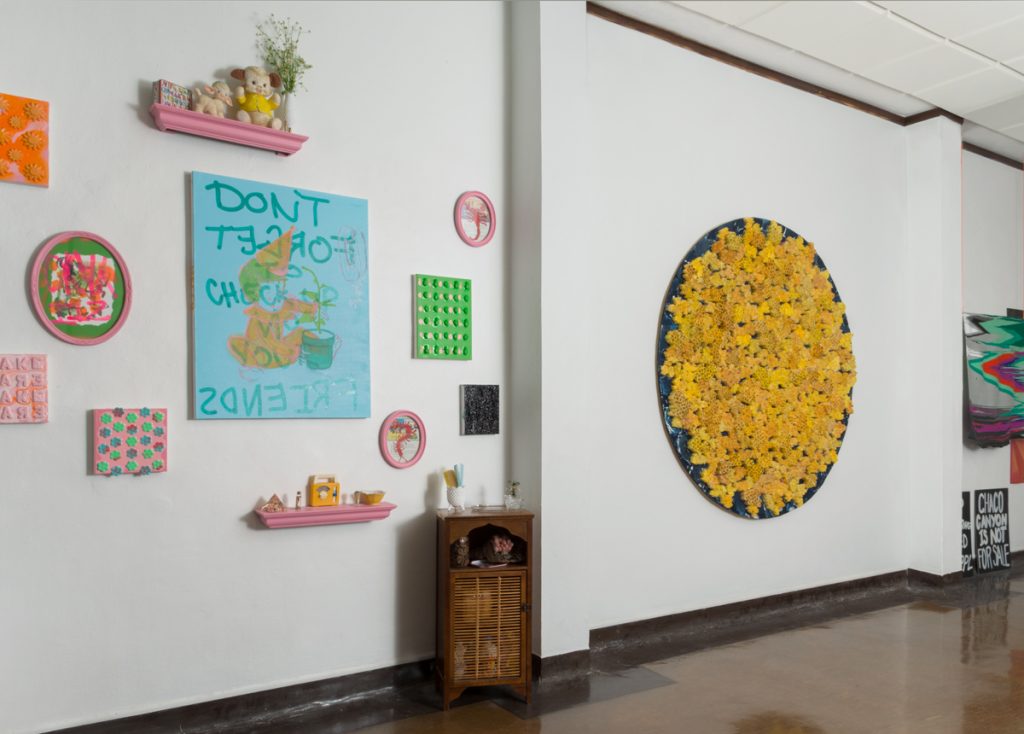 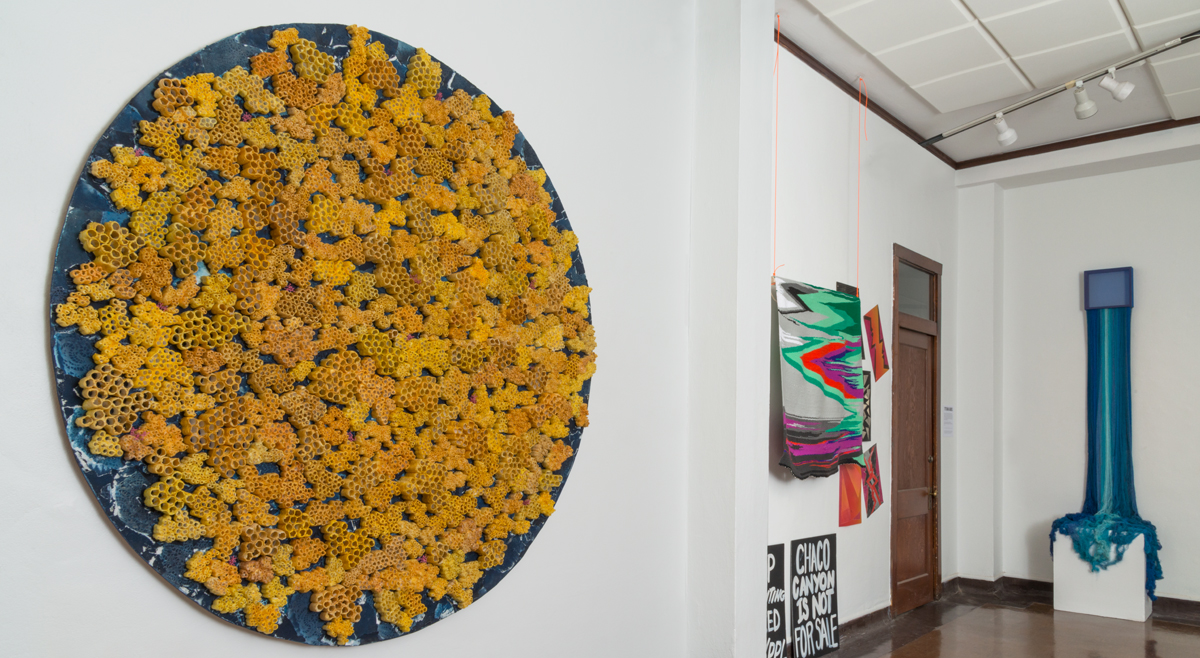 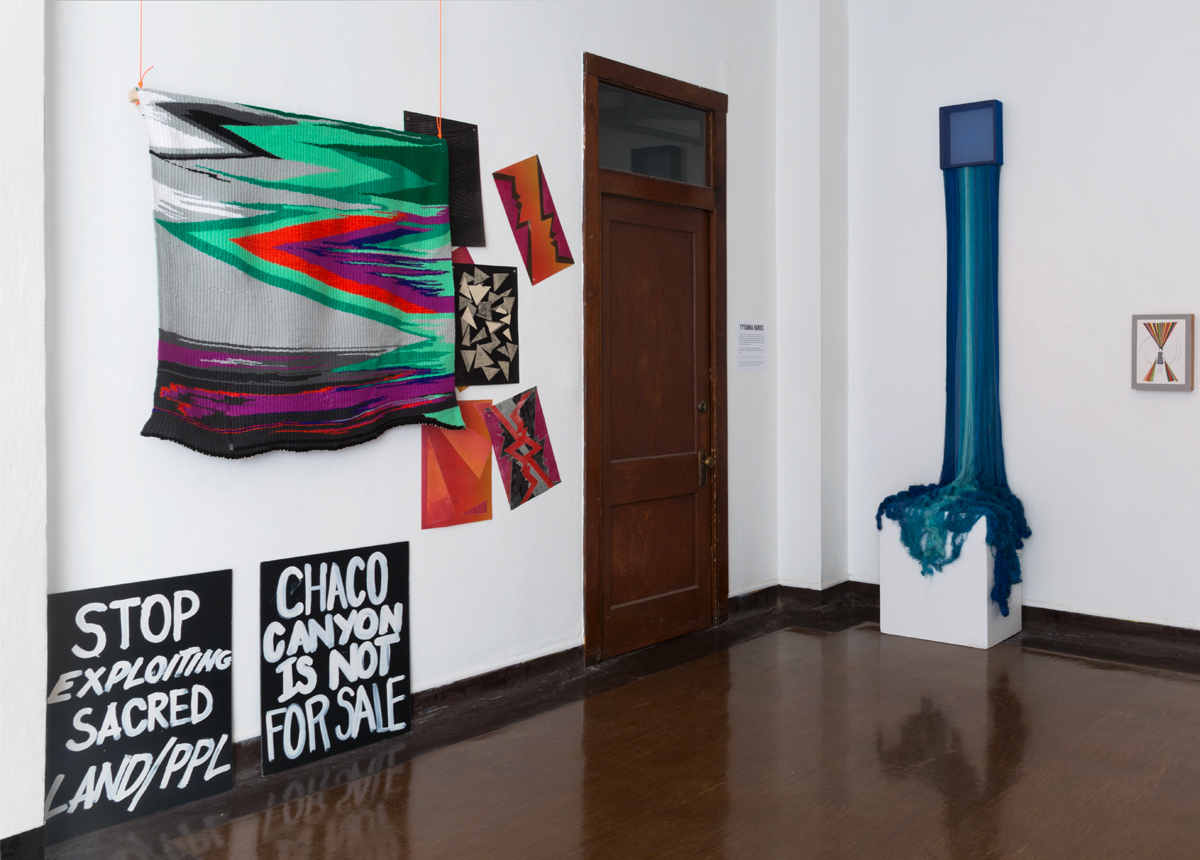 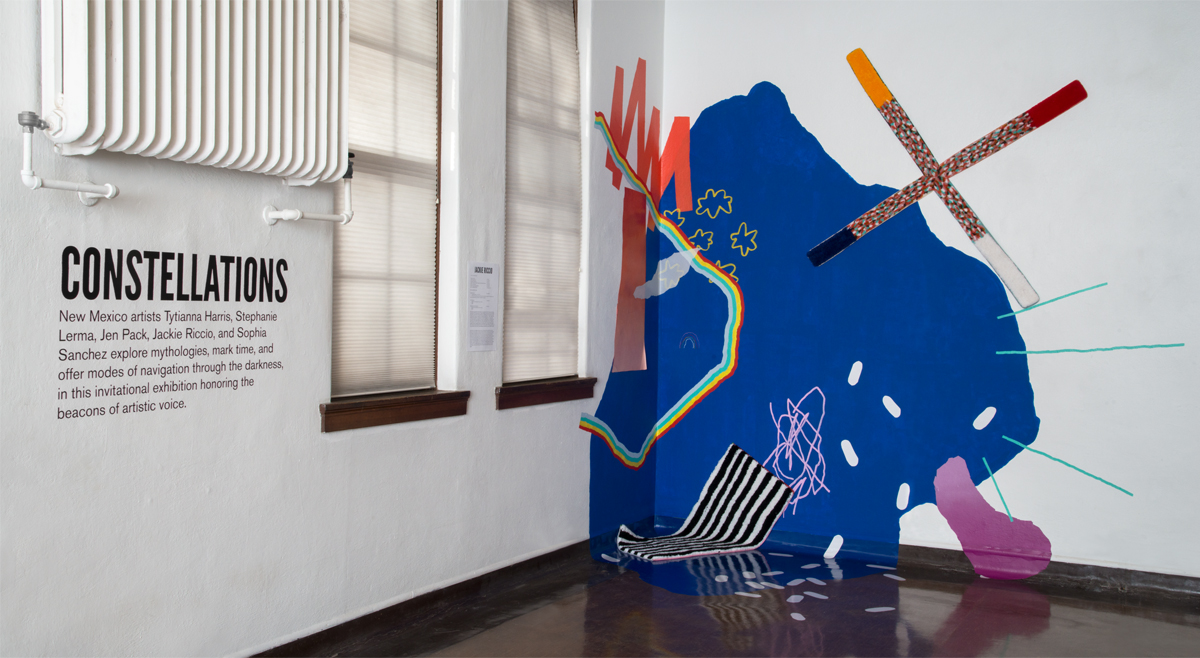 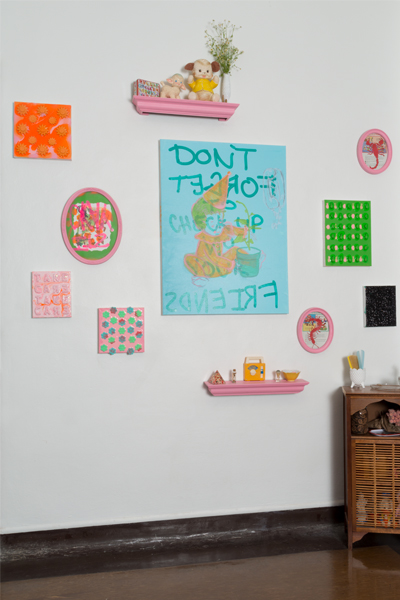 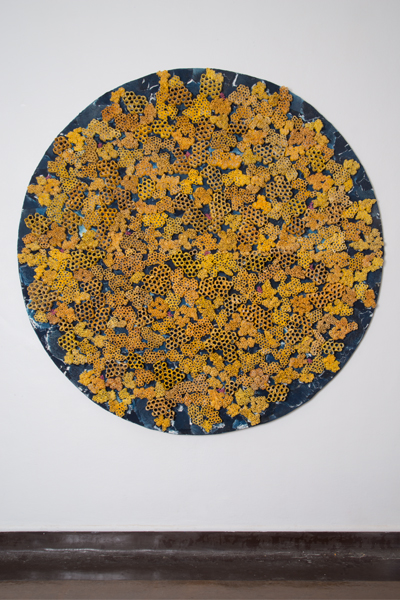 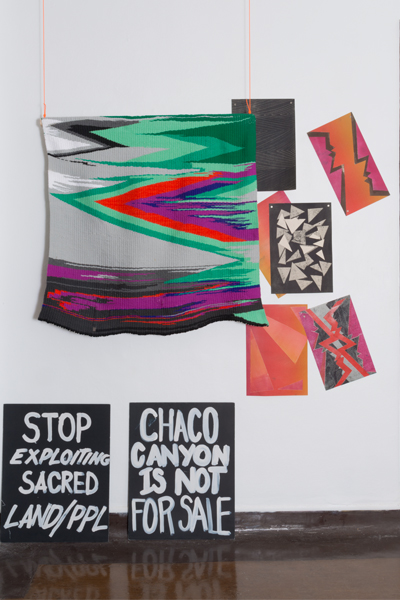 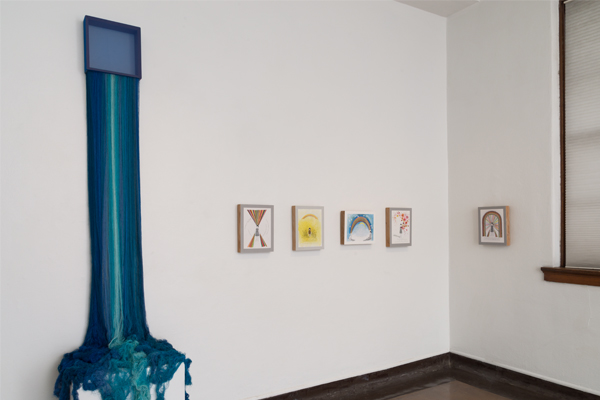 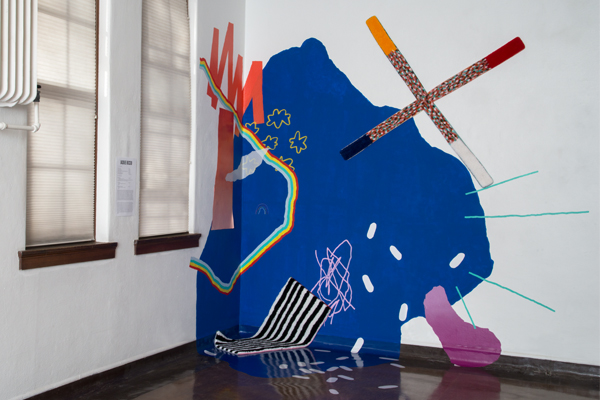 Tytianna Harris’ practice centers around community and who she is as a young Diné woman, often focusing on her indigenous roots and ties to the southwest region. Coming from five generations of traditional Navajo weavers she has a more in depth relationship with the practice of textile arts beyond self-perceptions. In all her work, she hopes to make visible those dimensional social and cultural mores, to exhort those who see it.

Born in 1993 in Honolulu, Hawaii, Tytianna Harris is currently studying at the Institute of American Indian Arts in Santa Fe, New Mexico in preparation to receive her BFA. She currently lives and works in New Mexico. 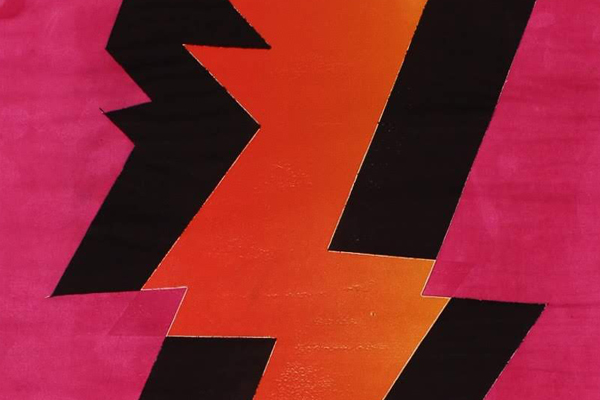 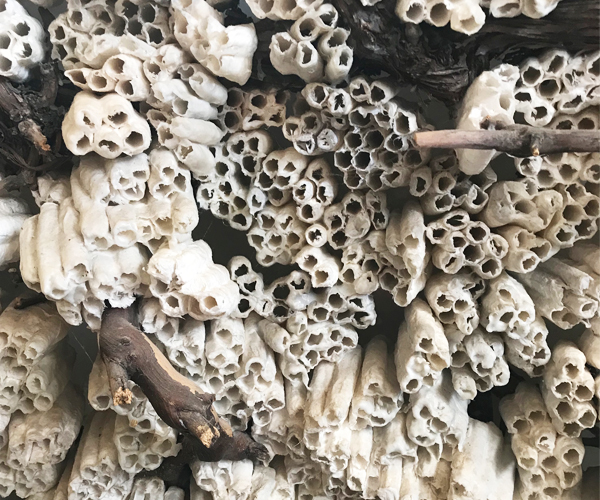 “I: make accumulate repeat transform tell. It is: constant urgent unavoidable abundant survival purposeful work. I feel: fear purged panic pain release surrender joy. In much of my work, I am an obsessive accumulator. I am also interested in the intersections of traditional craft and modern invention. Mostly, I just like telling stories and I prefer to speak with my hands. I am drawn to narrative, to social constructs, to symbols and systems that define us. I am interested in the challenges and ways of changing existing narratives through redefinition. Art is my system for dealing with the complexities, joys, sorrows and messy-ness of living. This making has become a long sentence of thoughts, of beginnings and endings, of navigations through pleasures and disappointments. The making is an embrace, an opening, a closing, a reminder to breathe. Making is my life language.“

Stephanie Lerma is a New Mexico native, a mother, a wife, a daughter, a sister, a friend, a baker, a knitter, a musician. She is an advocate for the rights of physically and sexually abused children. She is a maker. She received her teaching certification in piano pedagogue from L’Ecole Normale de Musique in Paris, France, and she holds degrees in English and Women’s Studies from The University of New York Albany. Her work has been shown in universities and museums throughout the United States, Japan, China, and South Korea, and can be found in private and public collections around the world.

“The work embodies a space in the seam between painting and sculpture, yet is made of fabric. It intersects sculptural forms and minimalist painting while referencing traditional fiber arts in an inceptive framework. It combines softness and transparency with hardness of shaped and solid form. My work challenges the viewer to reconsider the artistic products associated with traditional feminine craft while referencing a masculine heritage. It exists in a state of duality that is familiar yet displaced and evokes conversations that examine perception and process. I attempt to see into the depths of color, past outer distractions to meaning that resides within deconstructed forms, and listen to the hum of murmuring color. The collapsing of genres, spaces, identities, and norms is integral to my work, as are the tensions that manifest in the sound of color created through vibration and dissonance and the songs they create in resolving those tensions.”

Jen Pack received a BFA from Art Center College of Design in Pasadena, CA in 1997 and an MLIS from San Jose State University in 2008. Her work has been described as an artistic oxymoron: both loud and quiet, solid and transparent, hand-made and precise, delicate and aggressive, exuberant and restrained, formal and emotional. It is a reflection of her, an artist of blended culture who is both loud and quiet, urban and rural, delicate and aggressive, masculine and feminine, adventurous and routine. She is a color explorer and considers explorations in color to be, in essence, an inquiry of truth. It is created through the activity of intense seeing and is a reflection of an exploration of the soul and the liminal relationships between truth, beauty, and identity. 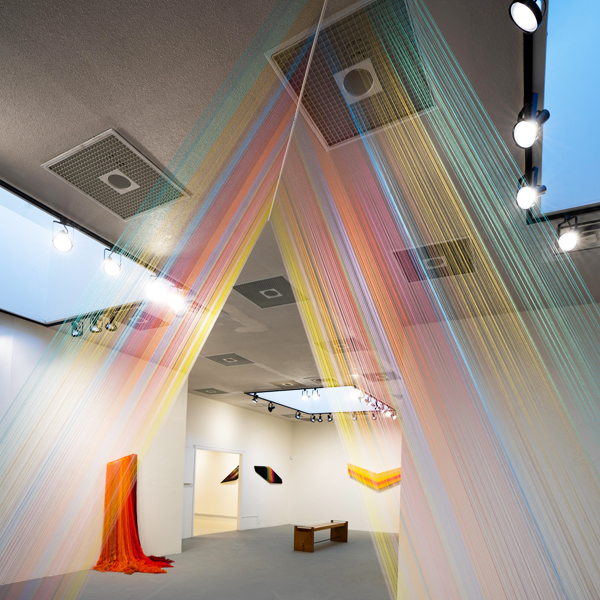 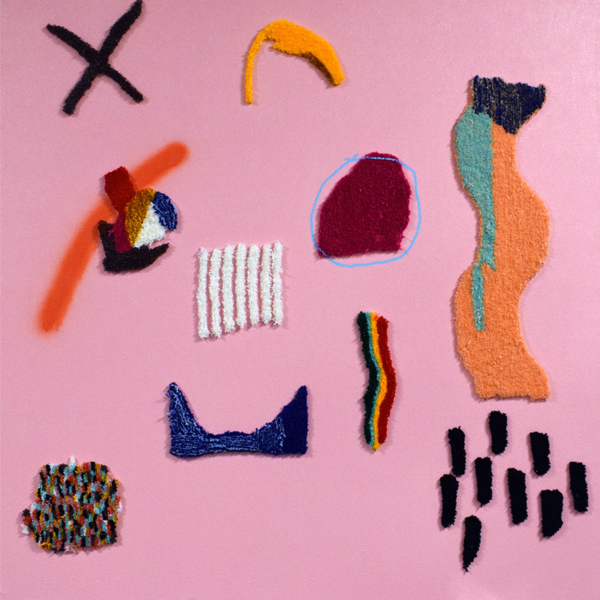 “It’s all about the relationship of things. Relativity is the concept that exhibits itself the greatest on our lives everyday. How something enacts itself on something else. How exhaustion can change how you hear your mother say your name, or an old lover in the room can change how you feel in your clothes, or a red next to a blue could look like orange. There is no fixed reality, it’s perception, of how each body is able to retain information at each given moment in relationship to the parameters of that moment. Everything is relative, and volatile, like the whistling teapot, thrashing its only agency about, until you understand that you must break from an important phone call to tend to it. It’s all about the relationship of things. “

Jackie Riccio is an installation artist working in the space between textiles, painting, and sculpture. Her work resides in transitions, between mediums, moments, and physical objects. She is based in Albuquerque, New Mexico where she runs the Land of Plenty studio. The studio hosts her practice as well as community sewing workshops, material collection, a woodshop, and a future library. She is currently involved in The Palace Collective (organizing an international artist residency) and Leftover Sewing Collective (organizing community sewing workshops) both based in Berlin where she spent her last few years developing her practice. She received her BFA from the Maryland Institute College of Art, and has since exhibited a variety of mediums in New York, Baltimore, Philadelphia, Washington DC, Seattle, Los Angeles, Albuquerque, Santa Fe, Tucson, Las Vegas, as well as Vancouver BC, Germany, Poland, United Arab Emirates, and Japan.

“My art is a physical outlet for me to explore and process my everyday pleasures and frustrations. Through the materials, imagery and text that I use, I assemble a nostalgic undertone that is aroused with childlike imagery and colors.”

Sophia Sanchez is a mixed media artist born and raised in the city of Albuquerque, NM. Sophia received a BFA from the University of New Mexico, and exhibited her work in two solo show’s, Titled “See You Next Tuesday” at the Small Engine Gallery, and “Will You Still Love Me Tomorrow’ at The Brew both in Albuquerque, NM. Sophia has also been featured in several juried group shows in New Mexico at Harwood Art Center, SITE Santa Fe, Abq ArtWalk, and with the Mothership Alumni. 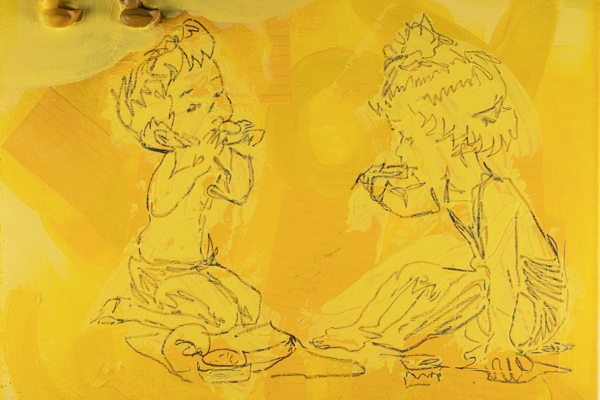