Harwood Art Center and Escuela del Sol Montessori are pleased to present Encompass, a unique multi-generational art event that takes place annually. Featuring four outdoor installations, one indoor exhibition, an open studios shop and online galleries. Encompass is both a reflection of and an offering to our community; this year, our focus is on nourishment and interconnection in a time of distance.

On Thursday, March 25 we held a virtual reception and artist talks featuring all of our Encompass artists. This event was held on Zoom. Please use the link below to watch a recording of the talks.

“My mural will serve as an invitation to remember and honor the concept and wisdom of mutualism, reciprocity, interdependent relationships within the natural world. This mural will  also serve as reminder that these kinds of relationships between humans and non human beings are crucial for our survival on the planet, specifically depending  on these mutual interactions for our collective, social, and ecological survival against the destructive/extractive systems of colonialism, capitalism, and white supremacy.  I am using the imagery that specifically highlights the relationship between the bat and agave flower as both nourishing and reciprocal, exchanging sweetness and vital pollination. These images include the hummingbird can also depict death, rebirth, transition, ancestors, joy, love, and mutualism. I am planning on painting this in a usual recent style of imagery as realism against a backdrop of bright, bold contrasting and gradient colors.” (north Parking lot fence)

Ade Cruz (they/them) is a sober, queer, non-binary chicanx working artist/cultural worker. They were born in El Paso, Tx, but are currently living, loving and creating on Tiwa Pueblo land, aka Albuquerque, New Mexico. Ade’s primary focus is painting, digital illustration and murals. Alongside their artwork, Ade has been a teaching artist for 4 years, collaborating with local schools and organizations. They have worked with various national organizations and local businesses, including Bold Futures, Forward Together, Self Serve Sexuality Resource Center, Fierce Pride and National Hispanic Cultural Center Art Museum. More recently, Ade was selected for a mural at the South Broadway Cultural Center with the City of Albuquerque’s Mural Love project. As an artist/cultural worker, they value being of service as a community member and are a part of the ABQ Mutual Aid network and The Hook Up, a harm reduction collective based in Albuquerque, NM.

Escuela del Sol Montessori’s Jr. High and 6th grade class orchestrate, fabricate and install an installation that explores what it means to bring the inside, outside. Their installation is created collaboratively with all of the Escuela del Sol elementary students. (front of Harwood, west lawn)

Students at Garfield Middle School will exhibit a collaborative mural at Harwood before giving it a permanent home on their campus. Students Vanessa, Posey, Logan, Gabriela, Evan and Juliss are investigating ideas around society and ecosystem in the creation of painted hexagons that will assemble into an experimental mural.

This spring’s theatre department production, Sombras, will be a series of devised works created and performed by CNM students in response to outdoor exhibition pieces at Harwood Art Center. These works will exist as part of the installation of Harwood’s spring event, Encompass, as audio performances which will bridge audience and performer across time and space during a time of social distancing. Sombras, follows a young shapeshifter on her journeys through time reflecting on her life and searching for an identity of her own.

“The Ties that Bind is a reimagining of a painting completed at the end of 2019. As 2020 unfolded and separation from others became a fact of life, this painting became ever-present in my mind. The opportunity to do a mural at Harwood offered the perfect chance to rework this painting as a site-specific installation. The two women on my two panels will be looking at each other from across the space between the stairwells. Even though they are separated by distance, they’ll be connected by their long, looping hair; similar, mirrored images across physical space. In the midst of the Covid-19 pandemic, the idea of the ties that bind us to one another, in spite of distance, is more relevant than ever.” (south parking lot stairwells)

“I approached Three Sisters Collective about collaborating on creating an installation regarding work around local Indigenous rights, issues, and sovereignty, and asked for a photo of the collective’s recent work surrounding the movement to remove racist colonial monuments from O’ga P’ogeh , (aka Santa Fe, NM). Three Sisters Collective provided a recent photo, (with permission from the photographer, Robert Mesa), taken during a celebratory rally following the removal of the top of the Santa Fe Plaza Obelisk, in which the Collective among other community members and Indigenous organizers, are shown reclaiming the the plaza space.
Depicting not only a moment of reclaiming space and sovereignty, it also captures an act of re-matriation, and resilience. This installation honors the continued work around reclaiming Indigenous rights and sovereignty, honors Indigenous matriarchs, and the original People of these lands.”
-LHaozous 2021

“Three Sisters Collective (3SC) is a grassroots Indigenous women led organization established in the Spring of 2017 with a vision to ‘Reclaim, Rematriate and Create’ in O’ga P’ogeh, Santa Fe, New Mexico, unceded Tewa territory.This image was taken in June of 2020, after the collective worked directly with the city of Santa Fe’s mayor, Alan Webber, to initiate the process of removing racist monuments from the downtown area. 3SC helped organize a rally in June 2020 with other community organizations at the Santa Fe Plaza. All of the people that gathered and the Voices that were amplified that day spoke on various issues that impacted Indigenous, Black, Immigrant and Queer communities. We were reminded that day how strong we are when we do this work together. It was a celebration of this community effort to move forward with the healing from this destructive era of colonization. To this day the mayor and city’s public declaration to remove the Kit Carson obelisk and remainder of downtown Soldier’s Monument obelisk has not been fulfilled. The work continues!”
-@ThreeSistersCollective
(6th street studio)

Lynnette Haozous is Chiricahua Apache (of the San Carlos Apache Tribe), Diné, and Taos Pueblo. Haozous is a multi-medium artist, advocate and teacher, blending art and advocacy to bring attention to the current social conditions and injustices of Indigenous People. Mediums include acrylics, watercolors, and spray paint. Haozous has also taught at OffCenter Community Arts Project and at Working Classroom Inc. both in Albuquerque, NM. Haozous’ mural works can be found at Nativo Lodge Room 519, Hotel Chaco, OT Circus Gallery and Emerson Elementary School, all in Albuquerque, NM. 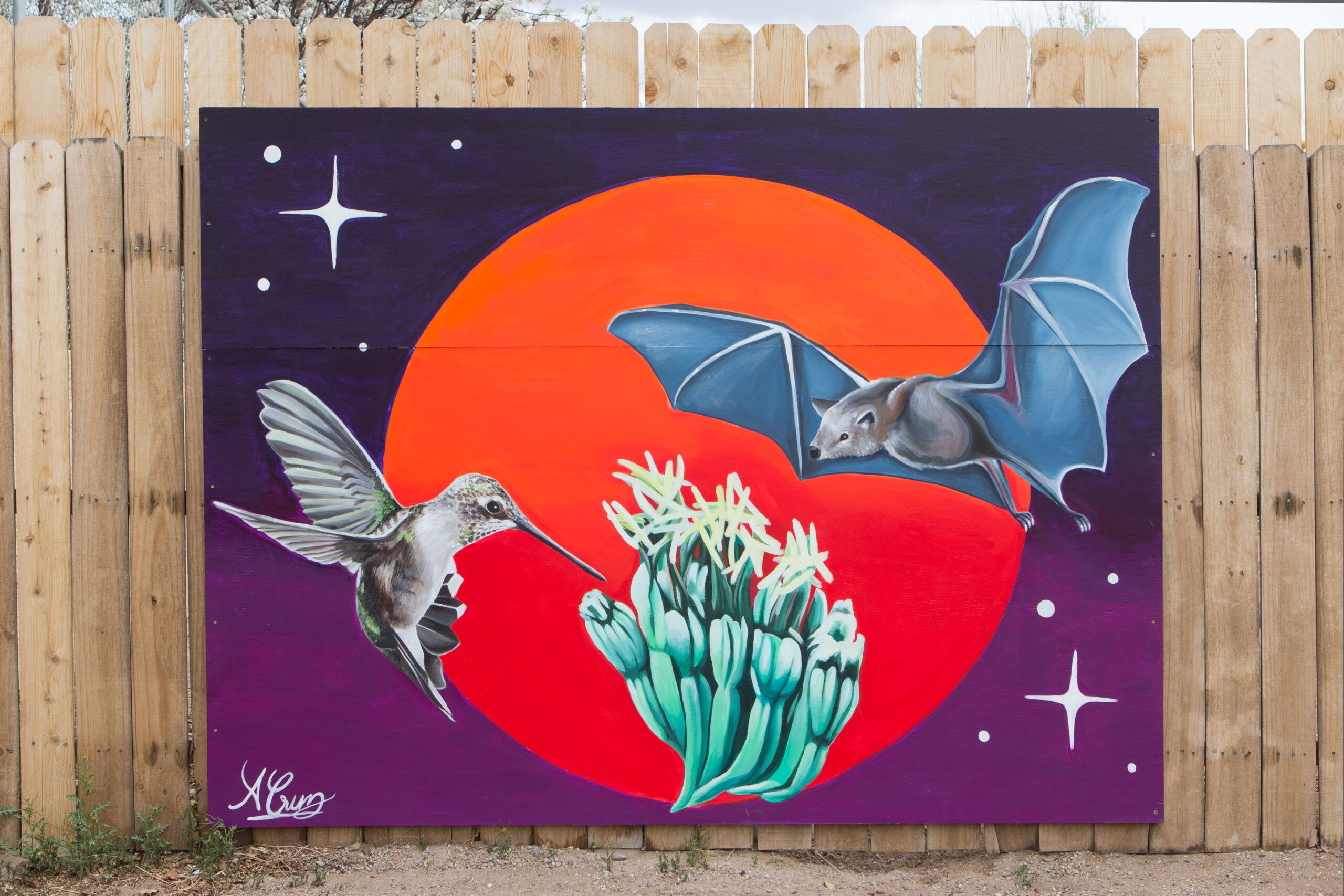 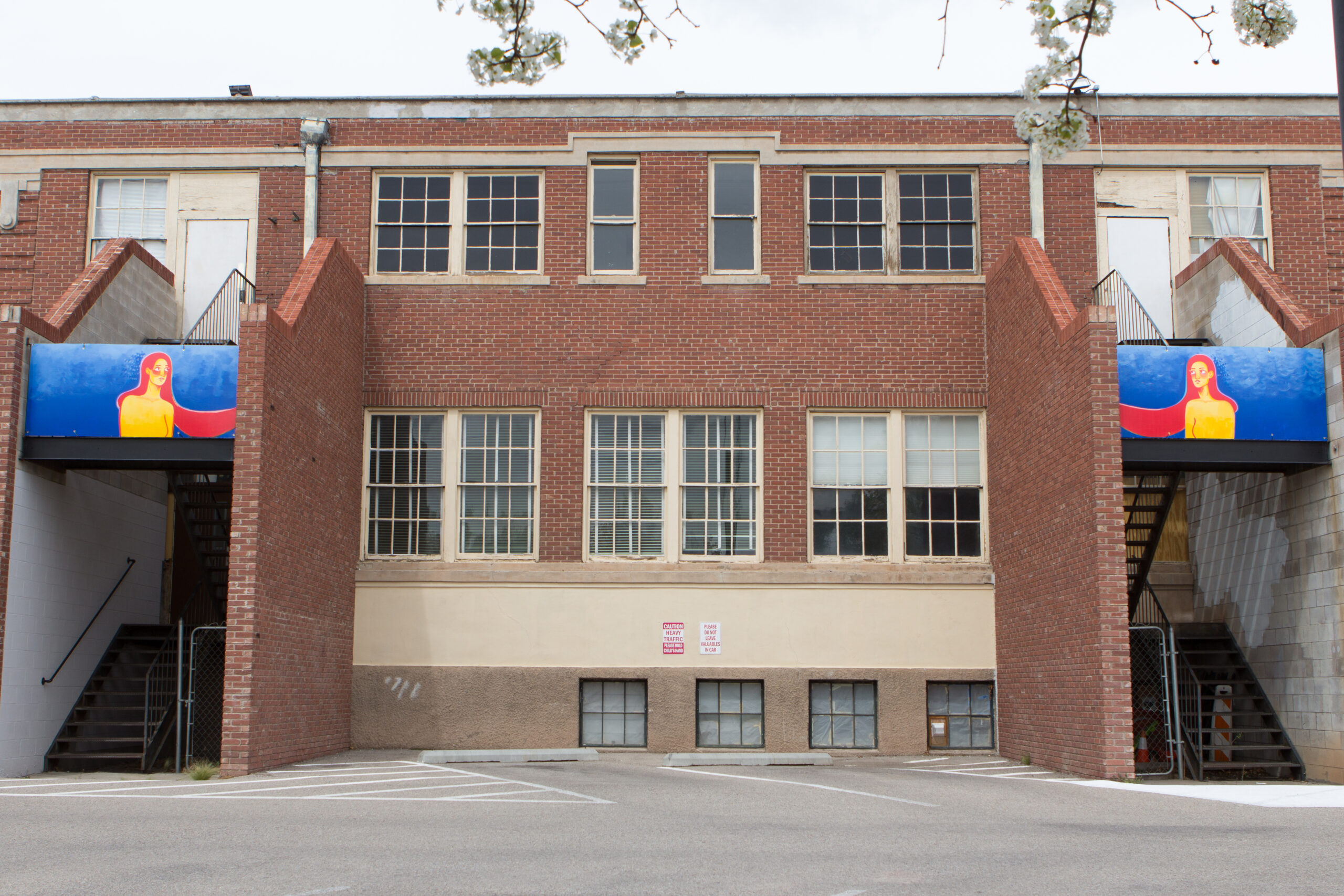 “The Ties that Bind” by Caitlin Carcerano 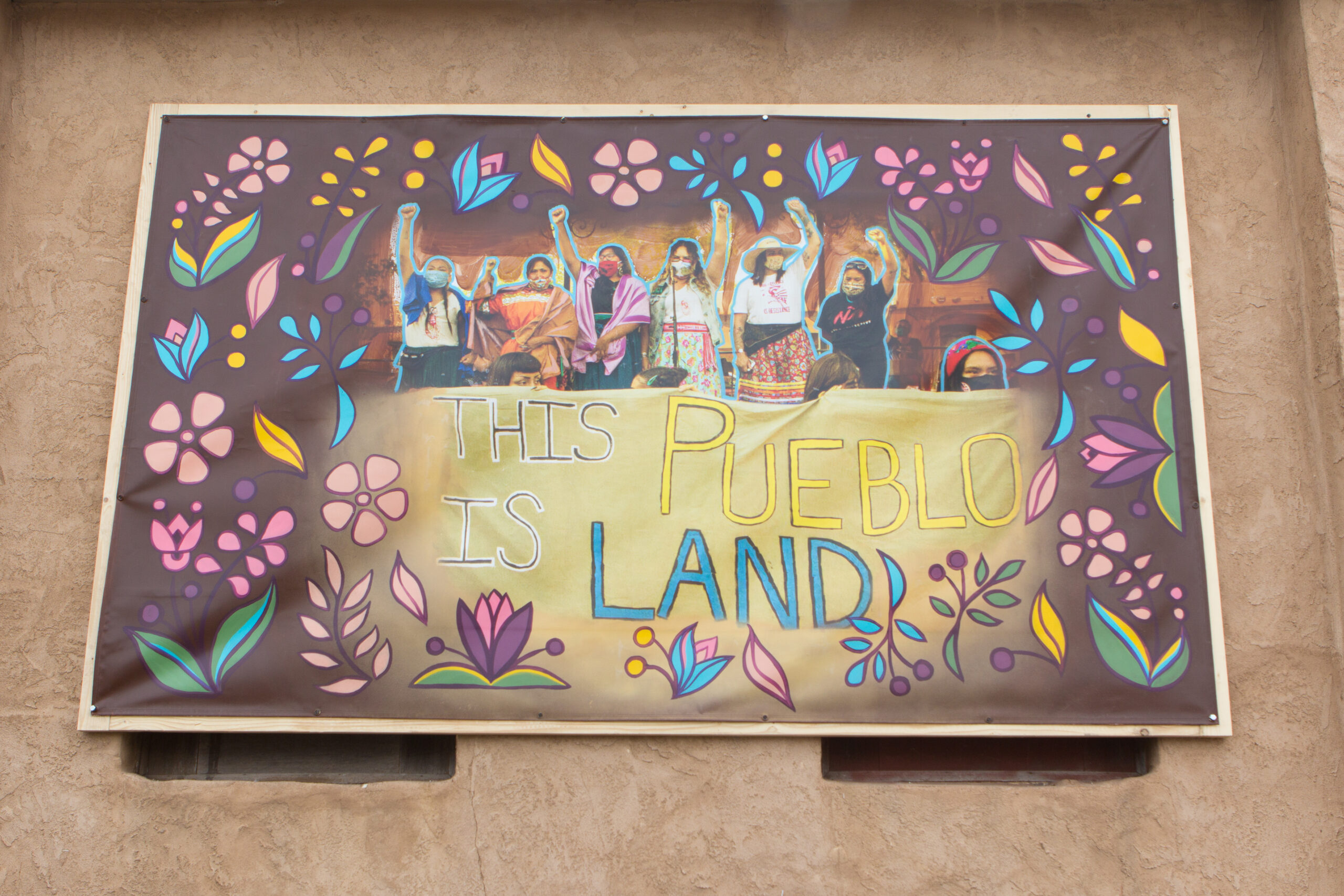 Take a self guided walking tour around Harwood to expereince these original, inspiring installations! 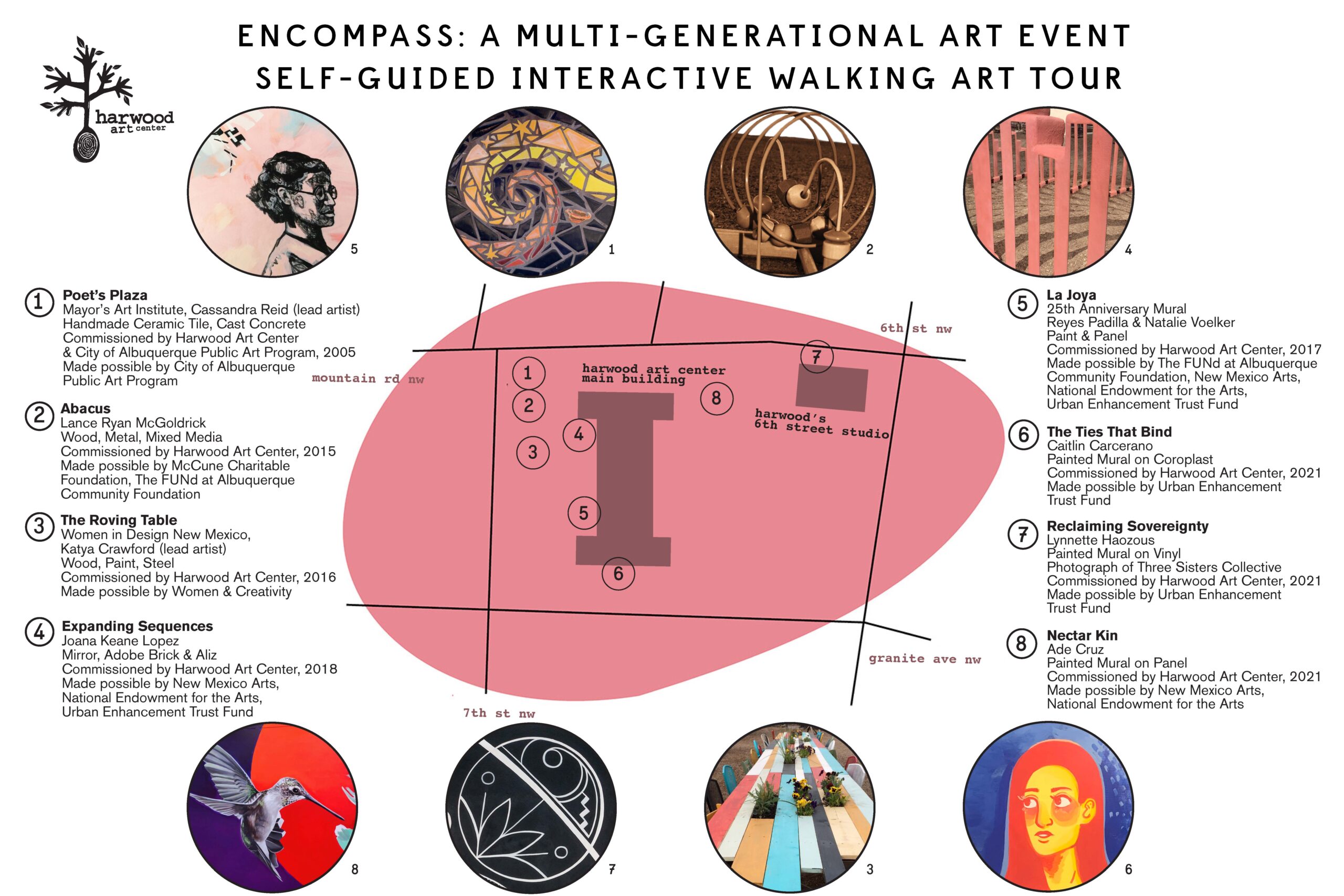 The Chimera Manifesto by Viola Arduini

The Chimera Manifesto dreams of chimera as violence and kinship.  The chimera, a mythological body that puts together different species, allows for new hybrids, intersections and contact points. The exhibition brings together scientific data, fabulative imagining and poetic writing on hybridization to rethink and connect with the more-than-human.

“My practice investigates the relationships formed by humans, nature, and technology. Exploring liminal spaces between disciplines, media, and languages, I create installations that incorporate visual, sculptural, and time-based art. While in dialogue with biology and computer science – this research narrates stories that question the current ecological crisis. I foster engagement through embodied storytelling: the body becomes a tool through which stories and ideas are activated, a space for generating different views of extinction and cohabitation.” 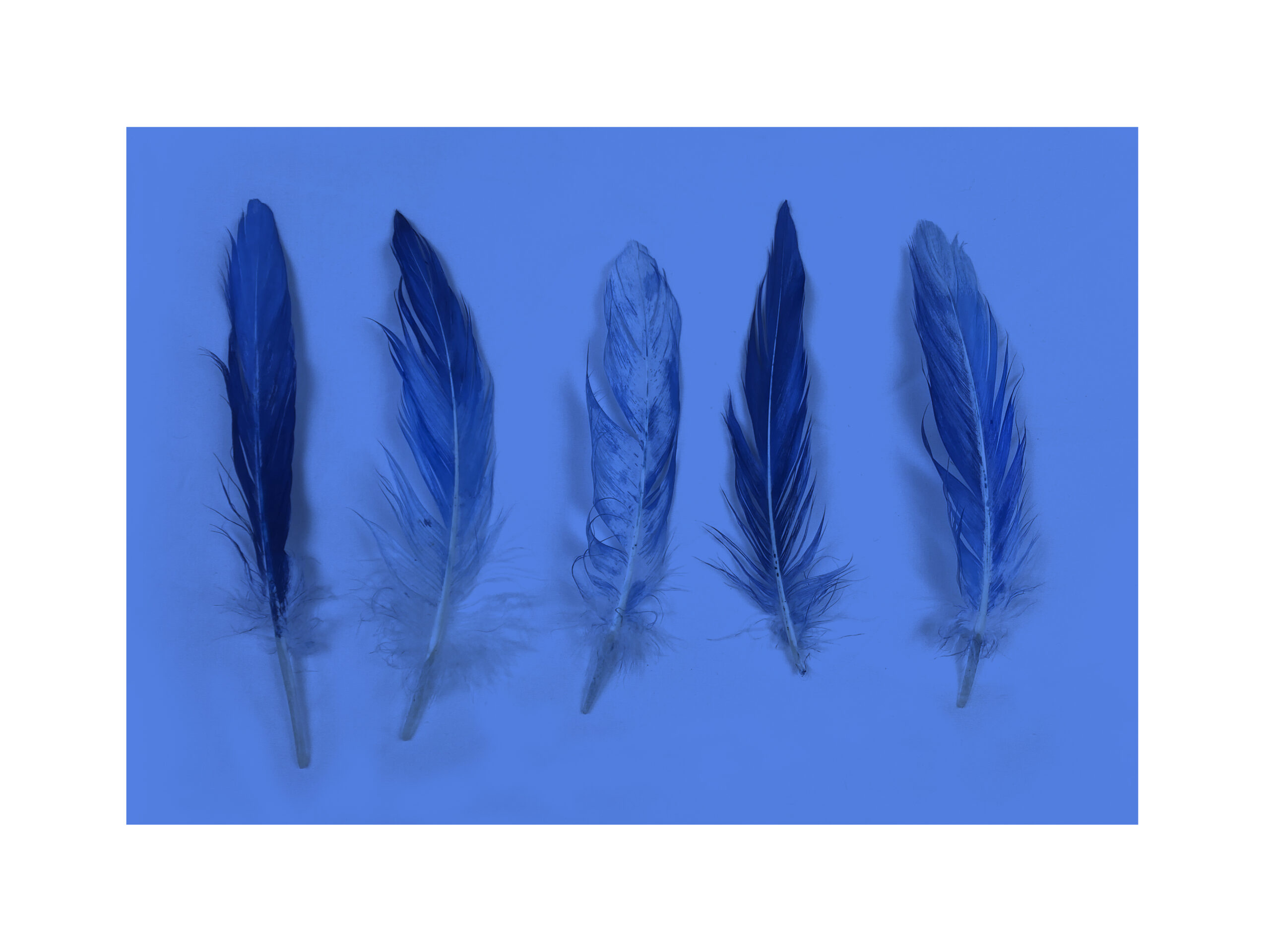 This exhibition will be installed inour gallery as planned and wil be accessibe to the public by appointment for up to 2 people at a time. All visitors must wear a face mask, practice social distancing, and comply with all safety guidelines set forth by the CDC.

Appointment times and calendar will be available soon.

*Given the extraordinary time, all componets of the exhibition are subject to change. 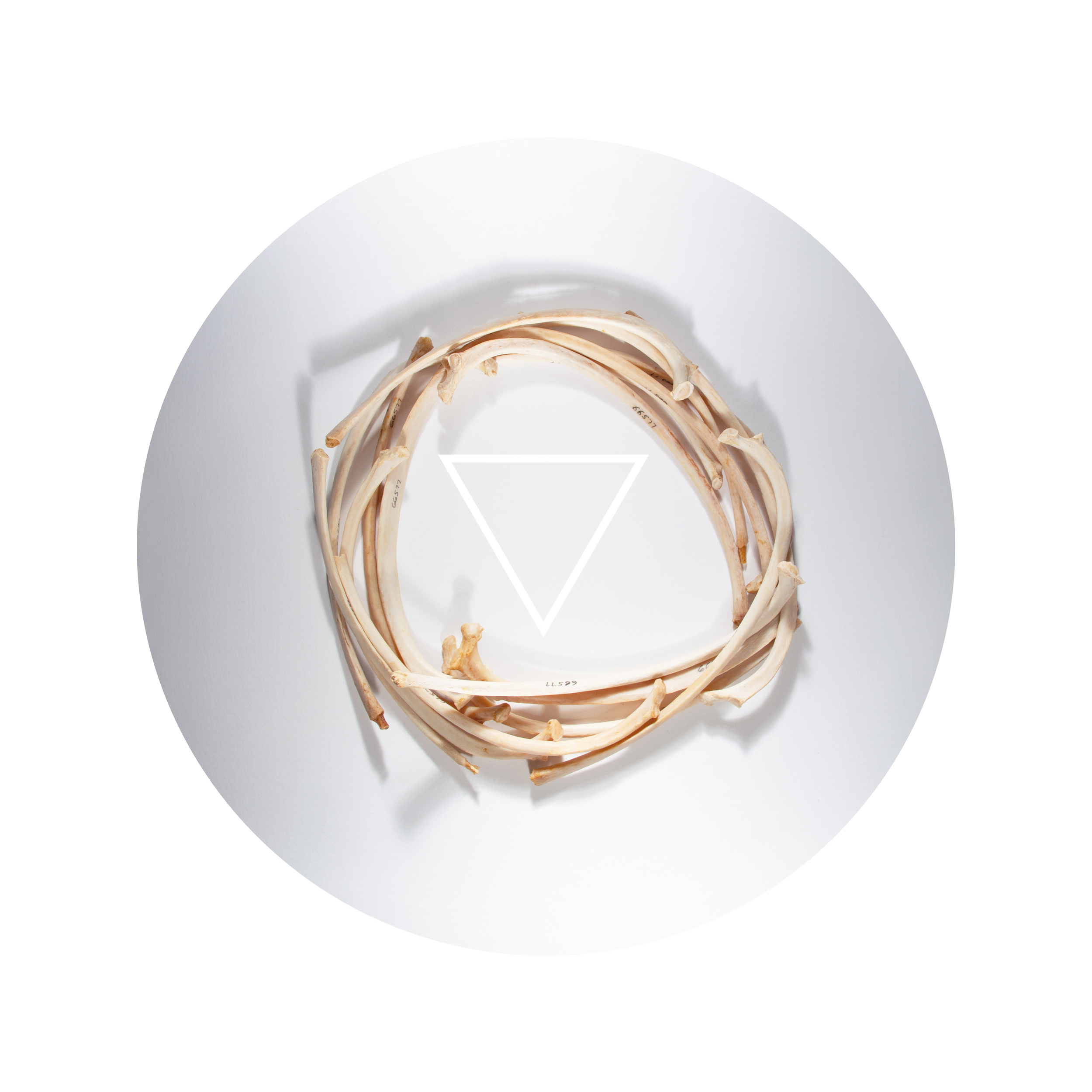 Harwood Art Center’s Studio artist program is a unique and special program that consists of some of Albuquerque’s most talented artists!

As we cannot host large in person gatherings we have reimagined our Open Studios night that usually happens at Encompass to move online and to our online store. Studio artists normally make enough to cover the cost of their rent at Open Studios, connecting with and selling their work to our beloved community. If you’re in the market for original local artwork consider purchasing from a Harwood Studio Artist! All works will be featured until May 2021.

Visit the Artist Studios page on our website to view our full list of current studio artists and to find their websites.

Next round of work will be available on June 14! 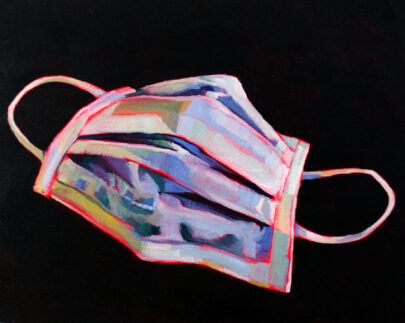 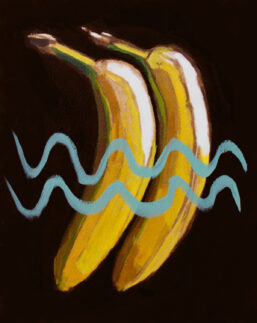 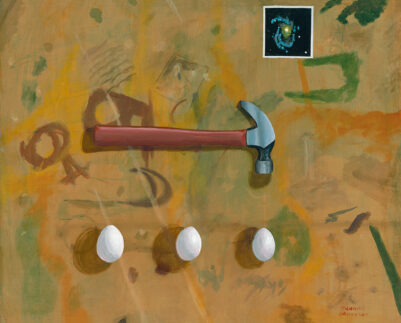 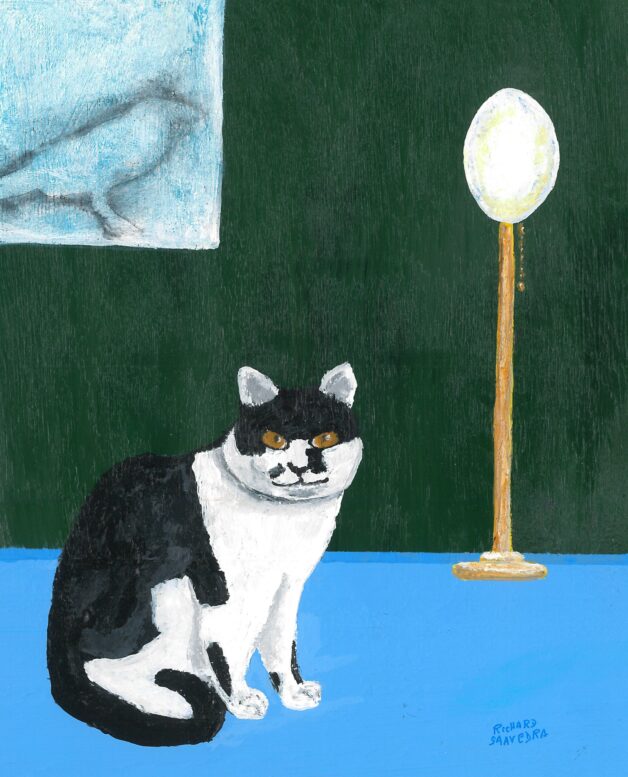 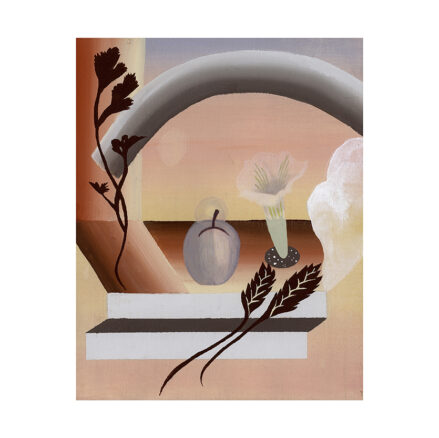 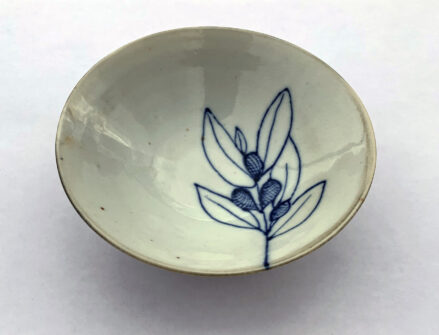 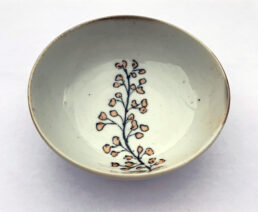 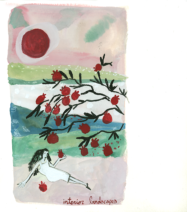 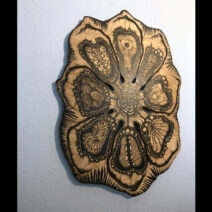 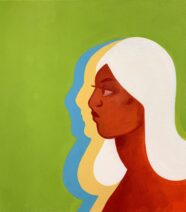 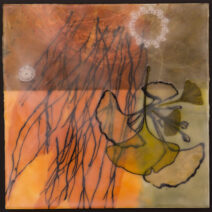 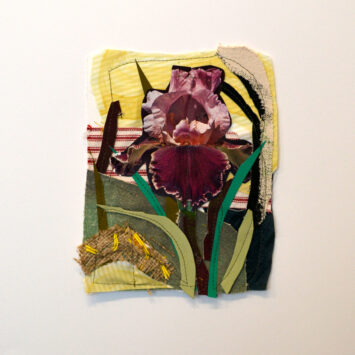 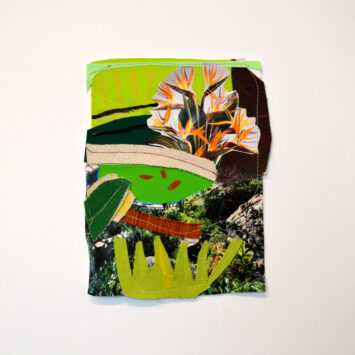 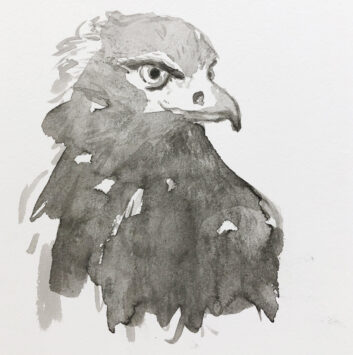 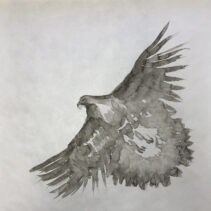 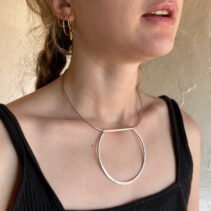 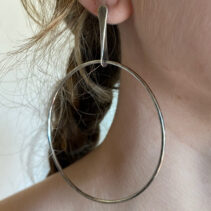 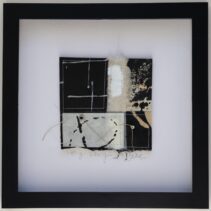 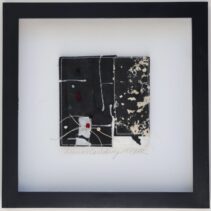 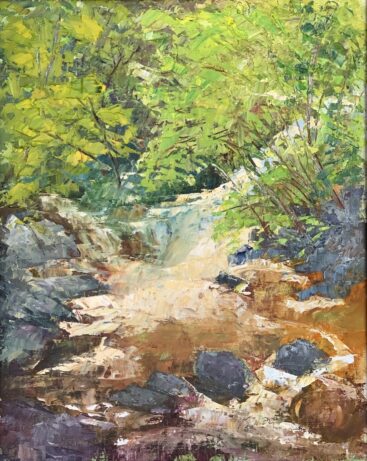 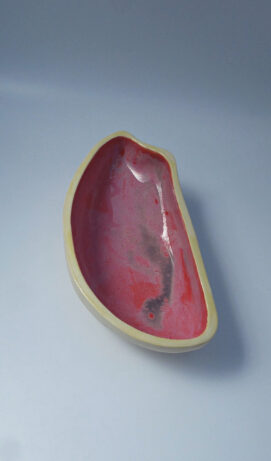 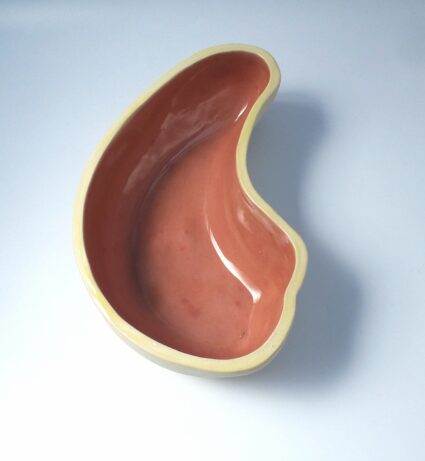 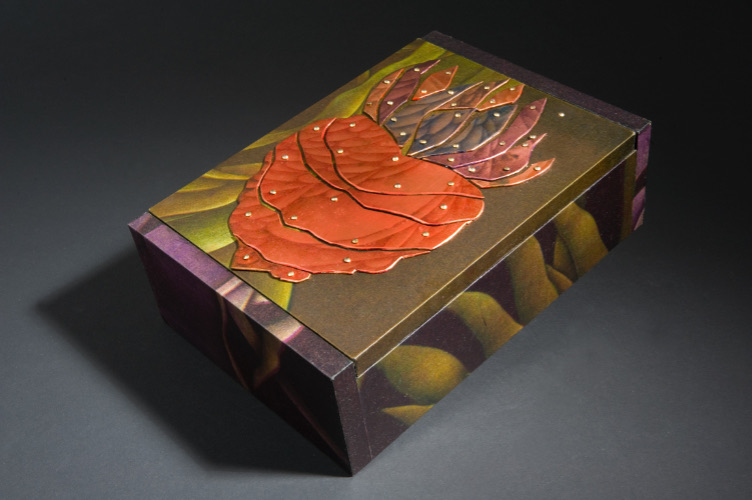